The Myth Of Win Win Negotiations in Purchasing

The Win Win negotiations principle in purchasing looks more like Larry David in "Curb Your Enthusiasm", where he was in a heated argument with somebody else and he saw that she was unhappy. They were trying to strike a compromise and she was unhappy about it and so he tried to make her feel better about it and he said: 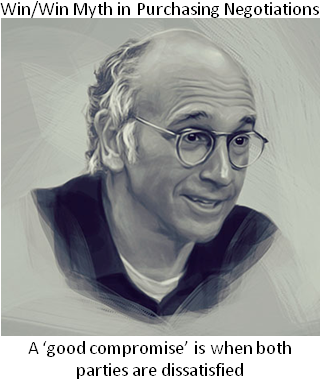 Myth - Splitting the Pie in the Middle is a Good Compromise

Reality - Rookie negotiators see only one pie and that's the price pie.

Win-win has been talked about so much that it's completely lost meaning. The first thing is that win-win means meeting your high value objectives and having the vendor feel good about the deal. This is part of the art and science of negotiations.

When you can achieve all of your biggest TCO objectives and still have the vendor feel good about it, instead of being bitter, then you can say that you've arrived as a Procurement Professional. It is critical that you understand what the other parties interest are before you can do this.

The antiquated methods of negotiations that are out there, that are focused on getting the upper hand and painting the supplier in a corner with an unfair advantage, forcing them to agree to you doesn’t work. That is a 1950’s approach and it has no business being around in today's procurement business model.

Even if you do employ those techniques, you'll have bitter vendors. Bitter vendors can and will find ways to increase revenue. They'll get their money back and every time you pick up the phone or your customer or end user picks up the phone to call the vendors, to ask for something, which will happen many times after the contract is signed, instead of them saying, "Sure, we're all over it, we'll be there, we'll fly somebody out", they'll do those things but they'll also send you a big bill and that's the difference.

If you try and established an unfair advantage and take advantages of suppliers by using these antiquated techniques, they're still going to get their money and they won't feel good about the deal and you'll end up paying more overall. What will happen is you won't have a win-win, you'll have a win loose, and in fact you'll end up spending even more money.

Tip number three here is that this is part of knowing when you've arrived as a Procurement Professional. Allowing the vendor to win while still meeting your objectives is an art form. What you want to do instead is rather than viewing negotiations as being one pie that you're trying to split, you need to learn how to create multiple pies.

So think what other pies are there rather than the price pie - free training, warrantees, spare parts - what else?

This article is part of what Purchasing & Procurement Center Inc will showcase during the upcoming free online class webinar "Successful Negotiation in Purchasing" - 7 Steps to Win Win Negotiations, with Omid Ghamami, who's been nicknamed the "Godfather of Negotiations" from Intel Corp. When you register for it here or fill in the details on the right,  you will also get 3 Bonus Training Videos "The Truth About Purchasing Negotiations"

Get Your Free Report Now!

Who Really Wins & Why? 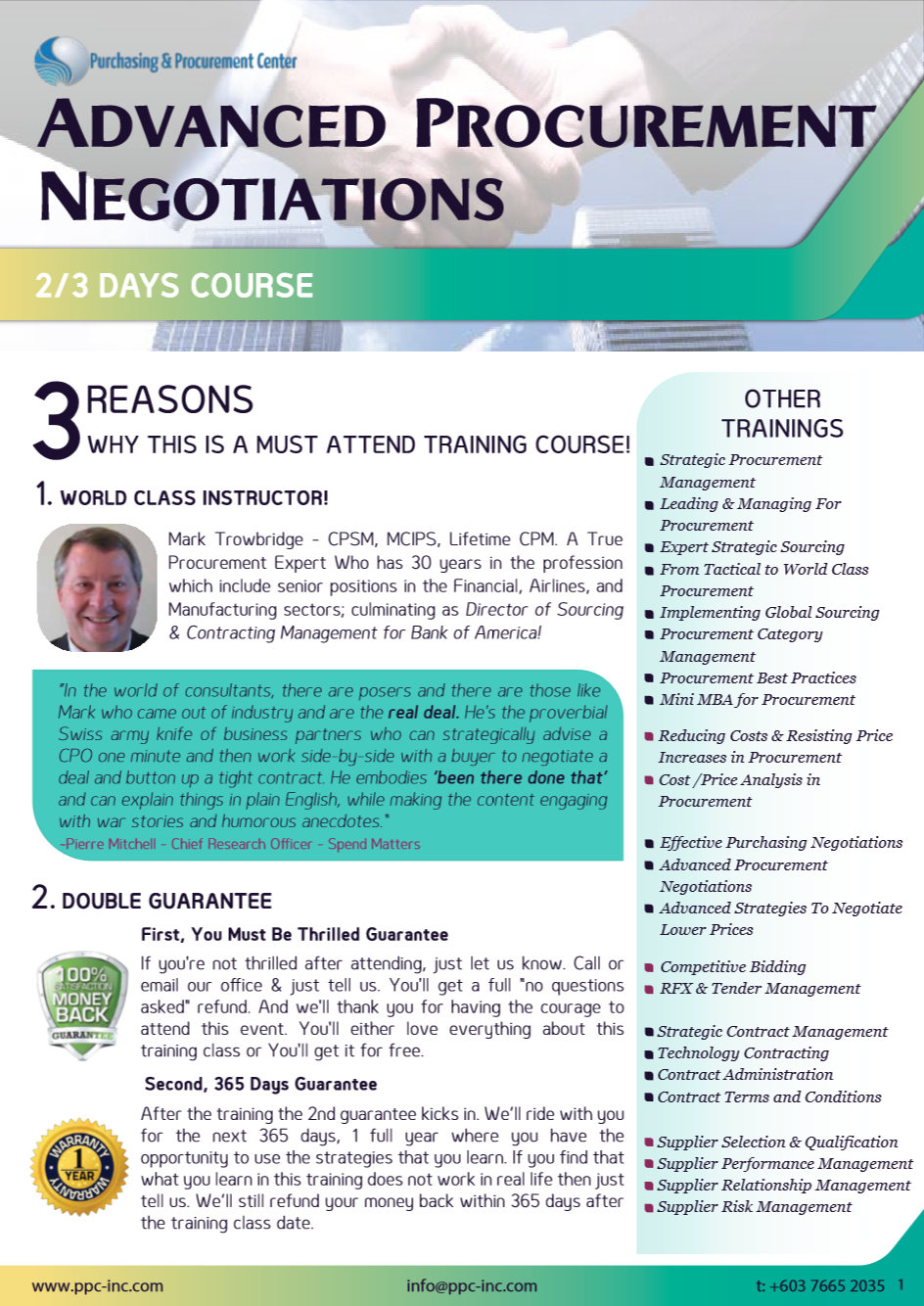 Advertisers/Sponsors
Media Partners
Write for Us
Train/Speak for Us